The JZ story is based on resilience, family, faith, growth and helping our community. We are more than just a company, we’re a family and so is everyone that stays at any of our properties. 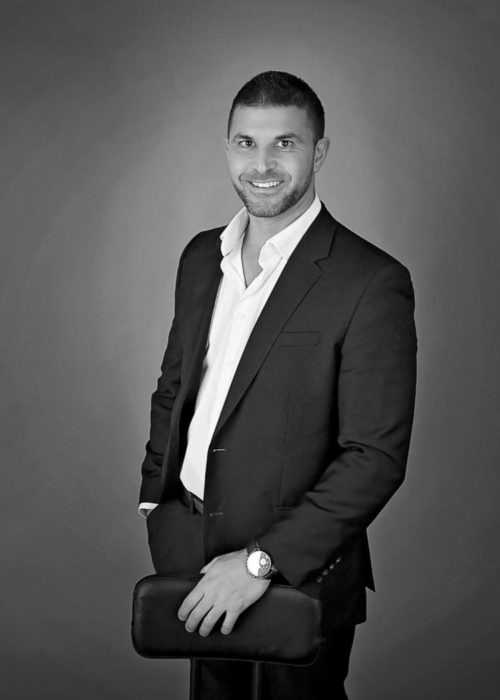 There was never a doubt that Alex Zemianek was going to be an entrepreneur. But his indefatigable spirit is not the only thing that drives him. Alex’s journey started in much the same way as many other teenagers; he started a lawn-mowing business and diligently grew his clientele by knocking on doors in the midwestern summer heat. But his entrepreneurial spirit was already nudging him further. With foresight and ingenuity, Alex managed to expand his business further and faster with the purchase of a riding mower. Alas, this early success took a hit. At 18, Alex found himself broke, hungry, and facing eviction. Though his parents were emotionally supportive, they didn’t bail him out financially. As a result, Alex grew up and learned to accept his responsibilities quickly. These skills served him well when he got the devastating news just two years later that his father had suffered a catastrophic heart attack and died at the young age of . This life-changing event gave Alex an entirely new perspective on life, helping him to understand how truly fragile it is. And it was this realization that made him determined to live with both passion and purpose. He joined the corporate world with a vengeance, moving up in just 9 years with AT&T to the position of top regional manager in the nation. After that, he decided to follow his passion and take a leap of faith. Alex founded his real estate company, named in honor of his father. From its humble beginnings, it has grown into JZ Properties, JZ Vacation Rentals, and its non-profit, JZ Gives Back. Anyone who knows Alex will say that if you hang around him long enough, he will brainwash you into believing in yourself. This speaks beautifully to one of Alex’s core beliefs, that the only thing that feels better than achieving a goal is helping others achieve theirs. Alex is a devoted father to his two beautiful children, Mason and Mila, and the proud son of his amazing mother, Lori Zemianek. Kim Conway was one of the first employees of JZ Vacation Rentals working directly with the Founder & CEO Alex Zemianek. Within a very short timeframe Kim showed the CEO that her talents far exceeded her ability to have an extreme attention to detail. Within 6 months of being the lead cleaner, Kim was promoted to supervise the Cleaning, Maintenance, and Inventory Quality Control. Aside from Kim’s passion for helping her guest & company, she’s a a fun, creative, hard working mom of three amazing daughters, who are her world. She enjoys camping, boating, going on adventures with her family and challenges. She gets a lot of my inspiration from my grandma and she’s so proud of the fact that her strong willed grandma is a cancer survivor and is the last of 8 children. It’s important to Kim that her friends and most importantly her family to know how hard she works, tries every day to be better than yesterday, and sometimes it works, sometimes she fails, but she’s always learning and becoming a stronger mother, wife, employee and person each day.